Stay in the Know!
Back to BlogSupporting Math Teachers in Sierra Leone 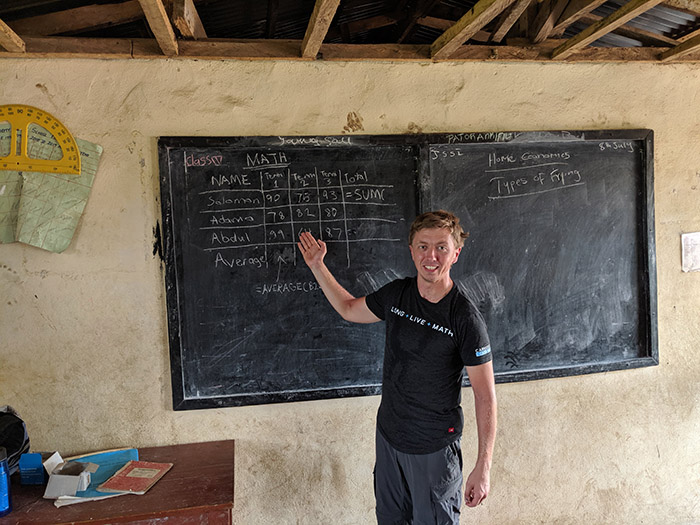 In July of 2019, I had the opportunity to join a team of educators facilitating a training conference for teachers working in rural villages of Sierra Leone. My role on the team was to provide computer training to the heads of school and math teachers. Other members of the team included a middle school science teacher, a college engineering professor, a preschool teacher, and a counselor.  The conference was held for three full days in the village of Mapainda in Sierra Leone.

Sierra Leone is one of the poorest countries in the world. In 2018, it ranked 184th out of 189 countries on the United Nations Human Development Index. While there are a number of reasons for this, some recent events have had significant impact. The nation endured a civil war fueled by the blood diamond trade from 1991 to 2002 and was struck by the Ebola crisis just a few years ago. The unemployment rate is around 50%, and 75% of those who have employment are classified as working poor, with only 16% of workers being considered skilled laborers. 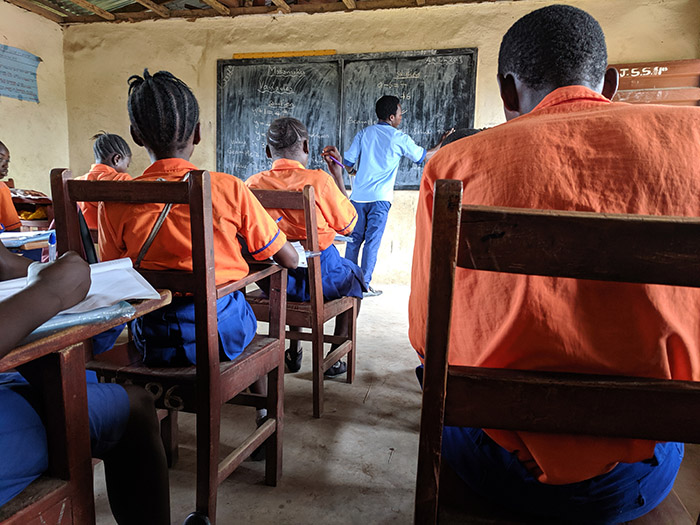 To combat these issues, an organization called EduNations was started to provide education in villages that were too far away from existing schools. Their hope is that through education, they can enrich local communities and strengthen the nation of Sierra Leone. Over the past 15 years, they have built 15 schools in six villages throughout the country. They currently serve 2,700 children ranging from kindergarten to eighth grade.

Before the conference, my team got a chance to observe teachers in the classroom while school was in session. One of the lessons I observed was in a middle school math class. The students were learning how to solve for a single variable in an equation. The teacher walked them through the process and then had them try some problems on their own before finishing the class by having some students work through a problem on the blackboard. In other words, it looked very much like a typical middle school math lesson in the United States.

What differed from American schools was the environment. The building is a simple concrete structure with an uninsulated metal roof. This means that lessons occasionally need to be paused because no one can hear anything over the roar of rain hitting the metal roof. There is limited electricity access, so there is no air conditioning to combat the hot and humid climate. In addition to this, students might walk or bike up to 10 miles one way to get to school, many without eating breakfast or lunch. I know I have a hard time focusing when I am hungry, so I can’t imagine trying to get a class full of hungry kids to pay attention. Finally, due to a limited budget, the teachers do not have many, if any, teaching materials. They have a blackboard and chalk and some government curriculum from the United Kingdom.

Almost all of the teachers had gathered in the village of Mapainda to participate in the training. The president of EduNations welcomed the teachers and introduced my team. It was at that time that a chicken decided to walk into the room. No one batted an eye. 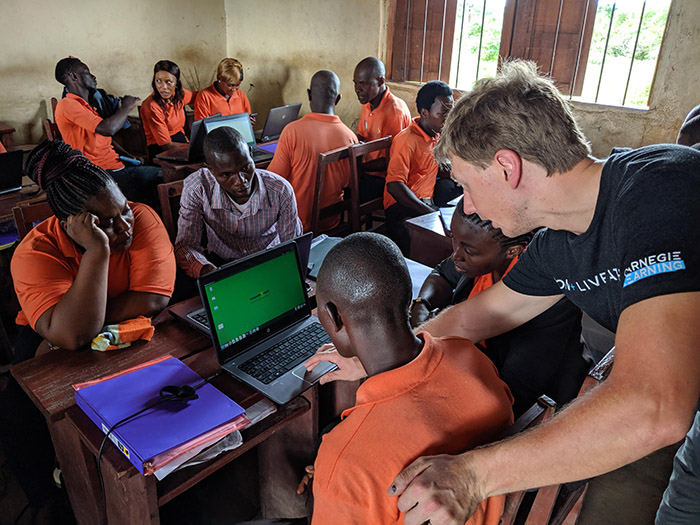 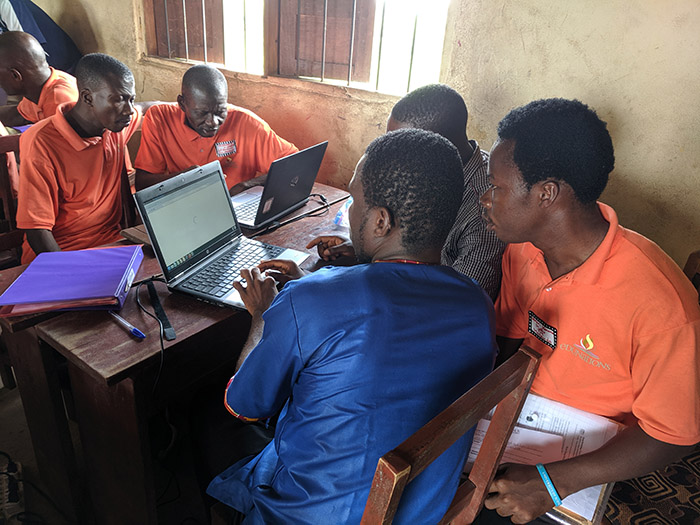 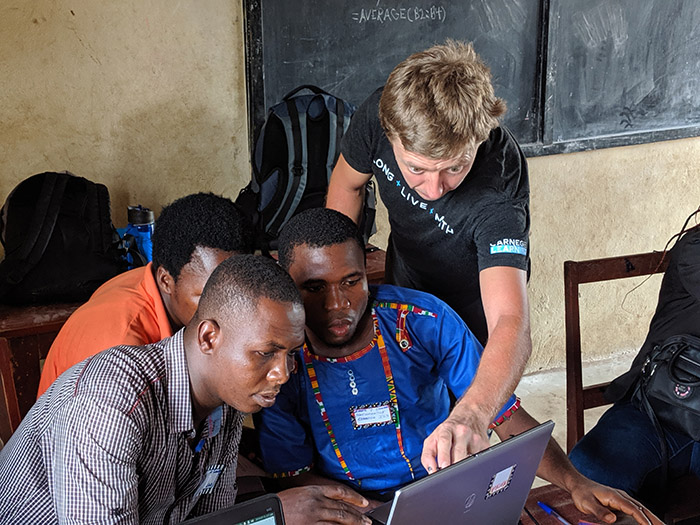 On the last day of the training, I invited some middle school math teachers to join the computer training. During the previous month, I and a few other members of the development team figured out how to get MATHia working on one of the laptops I had brought to Sierra Leone. A group of math teachers huddled around a laptop as I showed them how to navigate MATHia. Once they got the basics, they started working through problems. It was incredible watching these teachers from a completely different culture engage in the universal language of mathematics. While I knew they wouldn’t be able to let their students use MATHia, I hoped they could use it to tailor their teaching and get high quality example problems to present to their classes.

When the training ended, I was tired but satisfied with the work that was accomplished. Hopefully the teachers saw that there were people who cared for them and wanted them to succeed. It was great to see people who share the same passion for education in a remote corner of the world. 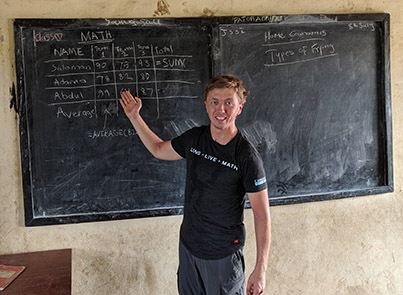 Adam Bright is passionate about designing and teaching others how to use systems to improve their lives. As a husband, father of two young boys, and a software developer for the client applications team at Carnegie Learning, he gets to pursue this passion both in and out of the office. When he is not at home or working you can usually find him outside on a bicycle. 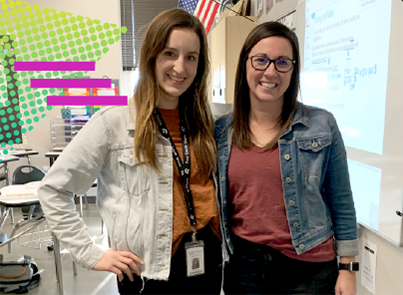 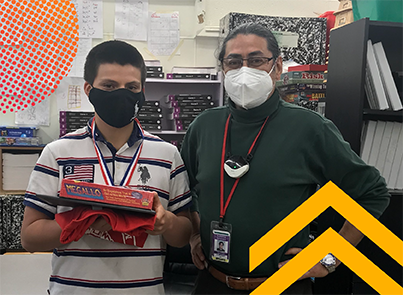 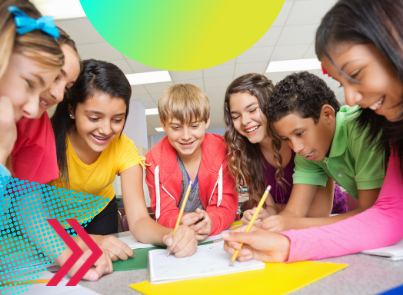 5 Tools To Bring Playful Learning Into Your Classroom
Megan Jensen 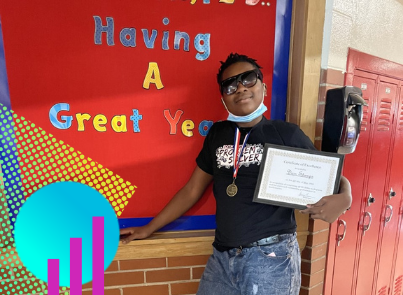